The store will not work correctly in the case when cookies are disabled.
เมนู
บัญชีของคุณ
ตั้งค่า
Language
Thai

The One Ring: Horse-Lords of Rohan 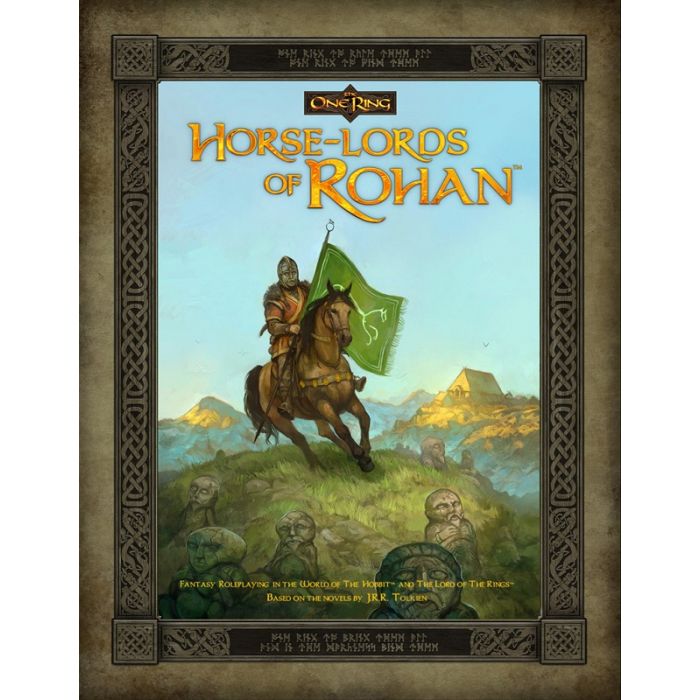 South along the Great River Anduin, beyond the southernmost peaks of the Misty Mountains, lies the land of Rohan. Here dwell the Rohirrim, the swift sons of Eorl who descended from the North centuries ago to settle in the land of Calenardhon.

Known also as the Riders of the Mark, they are proud warriors and riders, ready to defend the Free Peoples against the threats arising in the twilight of the Third Age. Horse-lords of Rohan details the Rohirrim, describing their history and their lands, as well as introducing rules for two new cultures, the Riders of Rohan and the Dunlendings. Also included are rules for handling horses, riding in combat and horse-breeding.

As well as the lands of Rohan, this supplement also details the ancient Forest of Fangorn, shedding light on its mysterious inhabitants, the Ents and terrible Huorns; the folk of the Dunland Fells; and the Tower of Isengard and the machinations of the White Wizard, Saruman.

It is an indispensable resource for Loremasters looking to take their game into a whole new region.

Ride with the Eorlingas on the plains of Westemnet, enter the Golden Hall of Edoras, and climb the Burg at Helm's Deep!

Hardcover, 160 pages, full colour interior with maps in the endpapers.