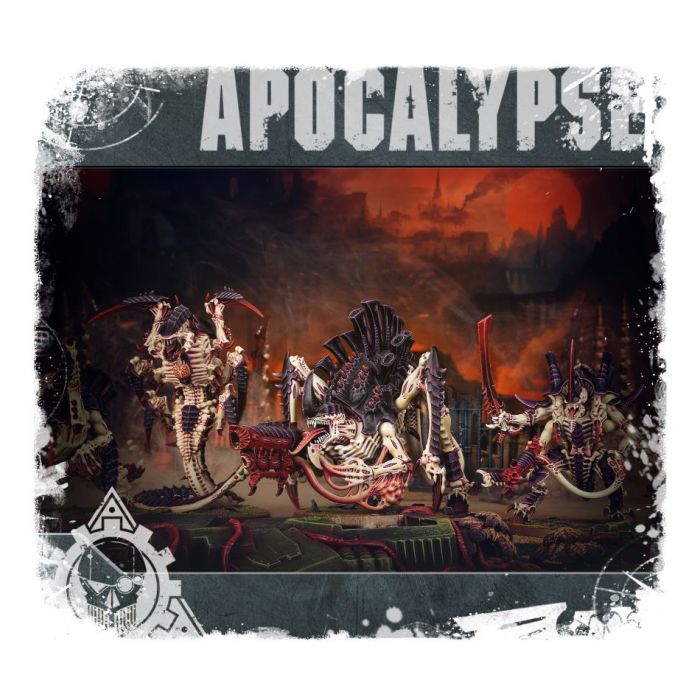 Tyranids are the ultimate galactic predators, devouring all in their path and using the stolen biomass to bolster their own seething ranks. A Hive Tyrant stands at the head of each swarm, synaptically commanding Tyrannofexes to rain destruction upon the enemy, Carnifexes to charge forwards and shatter formations, and Trygons to burst through the ground and obliterate the startled foe.

Comprising everything you'll need and more to form a Spearhead Detachment in Warhammer 40,000: Apocalypse (or to kick-start your Tyranids collection with a bang), the Tyranids Spearhead Detachment set includes your three mandatory Heavy Support units (and a fourth for good measure!) as well as an HQ choice to lead it. As a Character, the Hive Tyrant/Swarmlord can also serve as the Detachment's Warlord, enabling you to generate an additional Command Asset each turn.

Warhammer 40,000 rules for these units can all be found in Codex: Tyranids, while a pdf with their Apocalypse datasheets can be downloaded for free from Warhammer40000.com/Apocalypse/Datasheets