Be the first to review this product
฿1,900.00
[Order on Demand]
SKU
ASM-STU01EN
Add to Wish List Add to Compare
Skip to the end of the images gallery 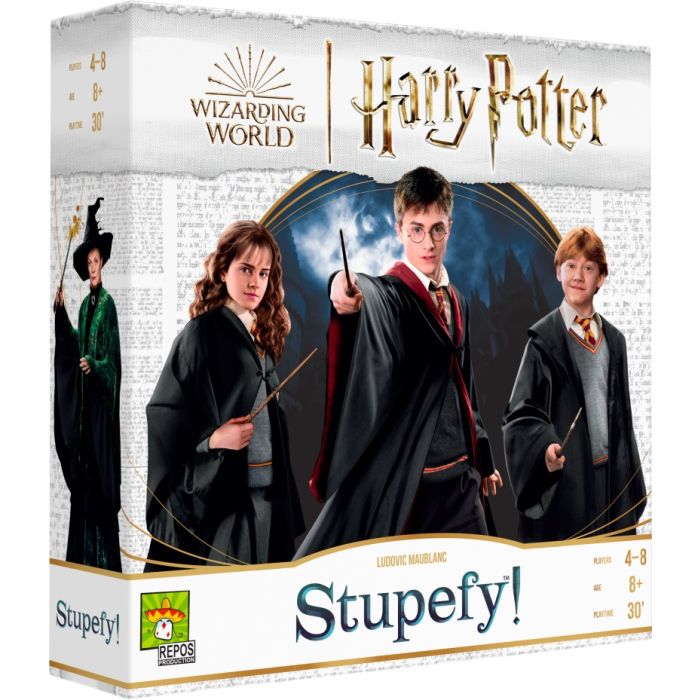 Witches and Wizards, ready your wands!

Open the box of Stupefy!... and discover an immersive game in the atmosphere of the Wizarding World.

In this bluffing game created by Ludovic Maublanc, players grab their wands, play cards, cast spells, target their opponents… Hary Potter fans will love getting into wizarding battles. New players will have just as much fun, watching their opponents and hiding their intentions. You don’t need to be an expert to play. Stupefy is above all an experience to share with friends and family!

It’s up to you to play and gain as many points as possible so your House wins at the end of the year. In this game, wise Gryffindors, clever Ravenclaws, loyal Hufflepuffs, and cunning Slytherins will grab their wands and clash with spells.

It’s so simple, you can learn the rules to Stupefy just by playing. Combat plays over 8 identical rounds.

Spells are represented by cards that players receive at the start of the game. There are Stupefy! cards and Misspell cards (it happens to the best of us). Be careful, you start with a limited number of Stupefy cards and must balance your Misspells to become your professor’s favorite, collect potions, or even point cards. Avoid being Stupefied by your opponents along the way, otherwise you’ll be known as the latecomer (penalty) of your House and miss the chance to gain extra rewards. After 8 rounds, once all the rewards have been claimed, the House with the highest score wins the game.

Rounds are tense! You have to observe your opponents’ choices (have they used all their Stupefy! cards?), choose whether to protect yourself, attack, or claim all the rewards… And you have to decide quickly, in the heat of the moment!

More Information
Reviews
Write Your Own Review
Only registered users can write reviews. Please Sign in or create an account
Related Products
Check items to add to the cart or
We found other products you might like!
© 2022 Golden Goblin Games Co., Ltd. All Rights Reserved.